Hello, friends welcome to Indian Art & Culture. Today we are talking about the top 10 fearsome Kings of India. So let’s start…

The land of India has given birth to many great kings who have not only ruled but also shaped the history of India. Who doesn’t like History, I find India’s history is very interesting and I get very excited to know more about it. You heard it, right guys, today’s topic is on the Top 10 Most Fearsome Kings Of India. So let’s start

Maharana Amar Singh was the eldest son of Maharana Pratap and he was born in the year 1559 in Chitor, Same year when his grandfather Uday Singh laid the foundation of Udaipur Maharana Amar Singh was the 13th ruler of Mewar Dynasty of Sisodiya Rajputs and he was given training in military warfare and weapons since he was a kid and that resulted in Maharani Amar Singh fighting and winning many battles alongside his father and becoming a great warrior of that era. Guys, it’s been said that Amar Singh killed Sultan Khan the commander of the Mughal empire, and won the territories of Mewar, famously known as the Battle of Dewar. He became the real king of Mewar and won many battles against Mughals. But in the year 1615, Amar Singh signed a treaty with Mughals to end the war and after five years he died in the year 1620. Such was his empire. 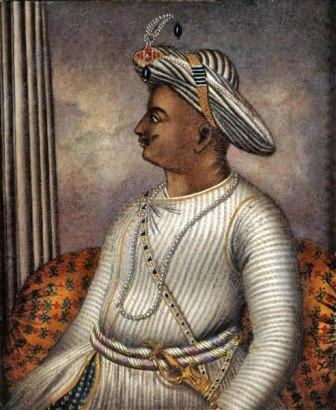 Tipu sultan was born in the year 1750 at Devnahalli, In the present day, it’s a rural district of Bangalore. During that time Hyder Ali, the father of Tipu Sultan was the ruler of The Kingdom of Mysore who taught Tipu sultan everything from Urdu, Farsi, Arabic, Quran, Kannada, and apart from all this shooting and fencing too. Guys, it’s been said that merely at the age of 15 Tipu sultan helped his father in the first battle of Mysore against the British raj, and after this he was called by the name of Sher-e- Mysore, and not just first but he took part in the second anglo Mysore war and won the battle against the Britisher’s and for coming years he became one fearless king and he was also credited as the pioneer of rocket technology. 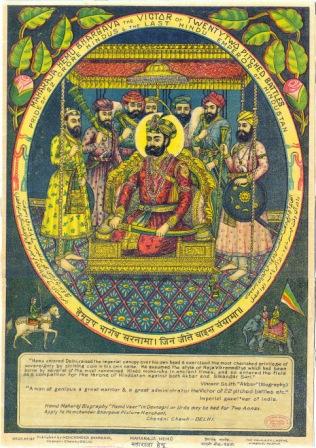 Hindu ruler of our very own Delhi, guys I am from Delhi and I had no idea about him that he was the ruler of Delhi from 1501 to 1555. Samrat Hem Chandra also is known as Hemu was the general of Adil Shah Suri of the Suri Dynasty in 16th century CE, When the Mughals and the afghans were trying to establish their kingdom in Delhi. Guys, it is been said that Samrat hem Chandra fought in 22 battles against the afghans from Punjab to Bengal and against Mughal forces of Akbar in Delhi and he won all the 22 battles and he was honored by the royal status for winning against Mughal forces in the battle of Delhi. Guys it’s been said in the battle of Panipat he got injured by an arrow in his eyes and still continued to fight against the Mughal forces. 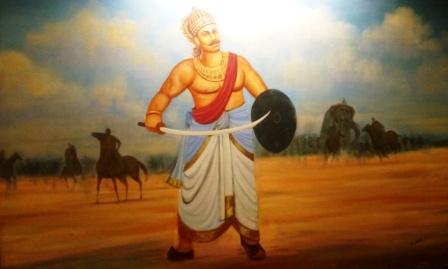 Chola empire of south India, present-day Tamil Nadu, Andhra Pradesh, Kerala and some parts of Karnataka and Telangana are where all he ruled in south India. Not done yet guys, he became the greatest and the only warrior of that time by conquering territories outside India; parts of Indonesia, Malaysia, Sri Lanka, Thailand, Maldives. It’s said that he was one of the greatest emperors, He also made the Chola empire, India’s most powerful empire. Very good Chola Ji you’ve marked your footprints. 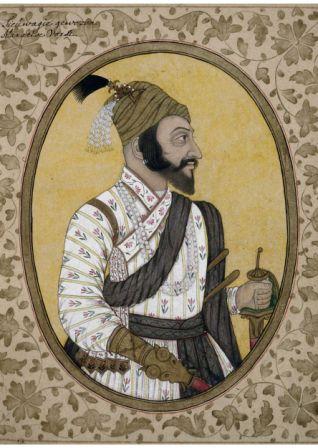 Chhatrapati Shivaji also is known as Shivaji Bhonsle was one of the greatest warriors and kings of all time. Shivaji Bhonsle established the Maratha empire under the nose of Mughals. Guys, it’s been said that one time Shivaji went to war with Mughals, Bijapur sultanate, Golconda sultanate and even European colonial powers at the same time to strongly build the Maratha empire. Shivaji was born in shivering near the city of Junnar, present-day Pune. Till today Feb 19th is celebrated as Shivaji Jayanti as a holiday. Shivaji built and run the Maratha empire in a very disciplined and well-structured administration. It’s been said that Shivaji was famous for his unparalleled guerilla tactics and won many wars against his enemies. He laid a strong foundation later on in which Baji Rao handled the pride and power of the Maratha empire. 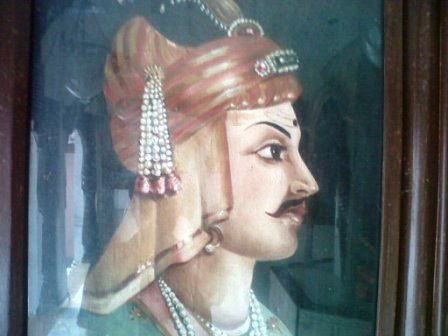 Peshwa Bajirao served as a general to Maratha Chhatrapati Shahu from the year 1720 till death. Baji Rao was born in the year 1720 in the Bhat family, his father Balaji Vishwanath was the first Peshwa of the Maratha empire, and at the age of 20, Baji Rao was named the new Peshwa of Maratha empire. Guys, it’s been said that in his battle career of 20 years baji Rao never lost a battle. As we are talking about the number he fought 35 battles. At the age of 12 he fought in his first battle, Baji Rao is famous for his tactical innovation and he became the number 1 battle strategist at his time. Battle of palkhed was baji Rao’s masterpiece of battle strategy against the Mughals and rest is history. Even though he was a general he was treated like a king and that’s why I included him in this list. 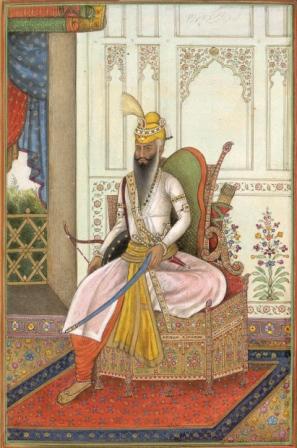 Ruler of Sikh Empire Maharaja Ranjeet Singh, I am sure guys you must have heard about him if not then we will tell you. Maharaja Ranjeet Singh was born in the year 1780 in Gujranwala’s Majha region of Punjab present-day Pakistan. Ranjeet Singh ruled northwest Indian in the 19th century and he fought his first battle at the age of 10 alongside his father. After his father’s demise, he fought many battles to expel the afghans, the battle of 1813, 1823, 1834, and 1837 which made afghans run away from India, and he was named the Maharaja of Punjab. Not just this, Maharaja Ranjeet Singh introduced many new reforms like modernization, investment in infrastructure, general prosperity You guys won’t believe but his Khalsa army had Sikhs, Hindus, Muslims and even Europeans. Are you guys enjoying, the list is getting interesting.

Samudragupta was the ruler of the Gupta empire and it’s been said that Samudra Gupta is also known as the founder of the Gupta era. Samudragupta’s unique tactical abilities in the war gave him the name of “The Napoleon of India”. Samduragupta ruled major parts of India for 40 years. People used to say that he was not just a great warrior but also a brilliant diplomat and administrator and other than this he was interested in literature and art. Samduragupta’s empire was so strong that he had 3 different coins made under his empire. 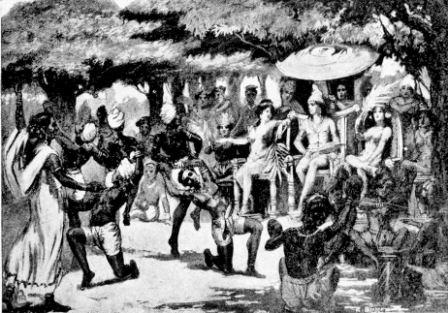 Founder of Maurya Empire the great Chandragupta Maurya was born in C. 340 BCE and it’s been said that he was handpicked and counseled by the great Chanakya The author of Arthashastra. Chandragupta later made the largest empire on India’s subcontinents and later he renounced it all and became a monk and started following Jainism. Chandragupta and his teacher Chanakya made an army together during the time of war because Alexandra the great attacked on India’s northwest subcontinents with his army. Chandragupta and Chanakya made an alliance with the local rulers of those areas and incoming 2 years he defeated all the Greek ruled cities and build a strong Maurya empire which was handled by his son Bindusara. 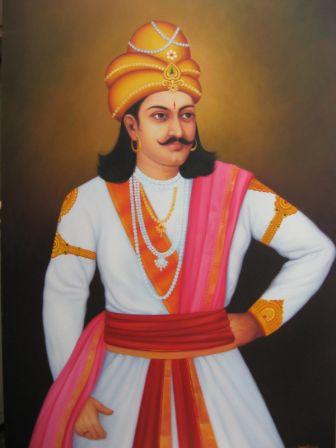 Ashoka is the greatest Indian emperor of all time and ruled on almost all the subcontinents of India. Now guys must have watched the Bollywood movie Ashoka in which shah rukh khan played the role of Ashoka. Ashoka was the ruler of Maurya dynasty, son of Bindusara and Grandson of Chandragupta Maurya. He ruled India from C. 268 RO 232 BCE, now I don’t know how to calculate the years but I think it’s roughly around 30-35 years. It’s been said that Ashoka’s commanding power, personality, military tactics made him the greatest emperor of all time. Guys Maurya empire’s army even said that Ashoka started as a ruthless conquering emperor and if it wasn’t for renunciation he would’ve become even greater than Alexander the Great. But his path was different and years of bloodshed and ruthless killing changed him into a pacifist and after he conquered Kalinga, present-day Odhisa. He started practicing Buddhism.