Hello friends, welcome to Indian Art & Culture. Today we are talking about the top 10 tallest statues of India. So let’s start…

We know which is the highest statue in the world but do you know which statues are the Top and tallest in India? Let’s talk today, India’s biggest monument and idols. India’s acceptance and hospitality in the World is remarkable.Our greetings to the engineers and sculptures who created this and contributing to making these unique sculptures. These sculptures, while introducing our culture and history, keep their gratitude towards those great figures in mind Friends, many of these sculptures have been made by ancestors years ago but still standing in this environment, we can imagine that our ancestors used to create such beautiful artwork by using the complete wisdom, science, and mathematics, New engineers still gaze at these scriptures and statues and get surprised In our culture there is  a different significance of idol worship, With the Murthi worship not only the gods, are worshiped but also great personalities. so let us know about these statues and monuments of India. 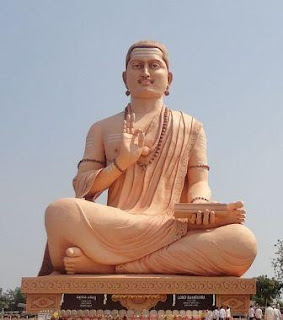 Lord Basav was a social reformer who fought against the caste system. However, some foreign experts point out this fact that the caste system was not established in Basav’s time, and there was no person named Basav. But our history gives evidence of these great personalities He started public life with his creations, his compositions are called &quot;vachan&quot;(verse) Lord Basav is the leader of Lingayat society This statue of 33 meters in the Basavakalyan district of Karnataka is the tallest statue of Lord Basav in the world Its height was 33 meters and it was completed in 2014. 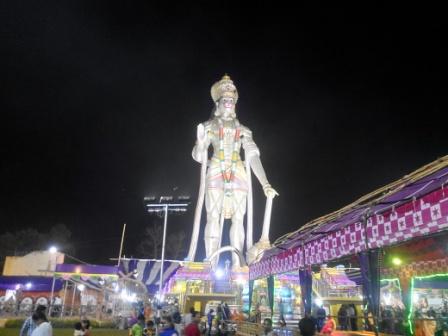 This Hanuman idol of 33.1 meters in Damangodi, Odisha state, is the second-largest statue of Lord Hanuman in the world It was completed in 2017 On the one hand, there is Gadda and on the other hand, giving blessings,  the tourists come from far away to see this idol In ancient times, Hanuman belonged to forest dwellers one of which was Hanuman Ji, and the whole vanarasena dedicated their life to Lord Rama. (top 10 tallest statues of India) 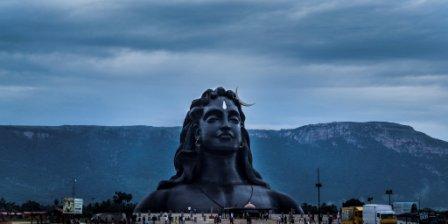 The feature of this Murthi is that this is the single largest statue of the world which shows the head appearance This statue has been recorded in the Guinness Book of World Records 500 ton of steel was used to build this statue of 34.2 meters in Coimbatore, Tamil Nadu This idol signifies the ‘yoga’ because Lord Shiva is the proponent of ‘yoga’. For this reason, this idol has been given the name Adiyogi, In reality, Shiva signifies the God of the destruction of evil characters. 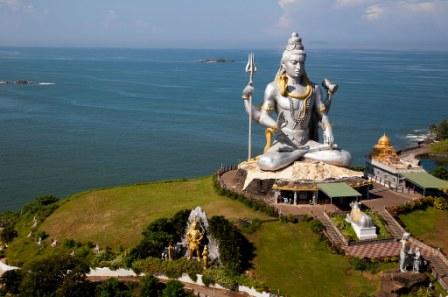 This is the largest Shiva statue  in India and the second largest Shiva idol in the world is seen in Murudeshwar district of Karnataka state The largest statue of Lord Shiva is located in Nepal The height of Murudeshwar Shiva idol is 37 meters Its work was completed in 2006. There is also a very old temple of Murudeshwar near this statue. It took about 2 years to build it. The statue is made so that the light of the sun directly on the Shiva statue. All four of the idols are decorated with gold. The story of Ravan’s self-esteem Is known to all of us Since Ganesh Ji has not heard the voice he kept the shiva linga below By seeing this the Ravan broke the Shiv Ling Into 2 pieces and one-piece fell on the Murudeshwar. (top 10 tallest statues of India) This idol of the 37.5-meter height of Guru Rimpoche is found in Leelsar village of Himachal Pradesh which was completed in 2012. Rimpoche was the broadcaster of the eighth century Tantric Buddhist religion, which played an important role in Bhutan and Tibet. It is said that when a king named Mandi Arshadhar came to know that his daughter was taught by Guru Padma, he ordered that Guru Padma-Prabhu be burnt in Chita (fire) because at that time Buddhism was not very popular and It was seen in terms of apprehension and fear. A fire was formed on the same order which went burning up to 7 days.  This made a lake there, from which one of the lotus flowers appeared in the form of Guru Padmasambhava as a 16-year-old teenager.This lake is in today’s Rewalsar city, which is located in Mandi district of Himachal Pradesh. 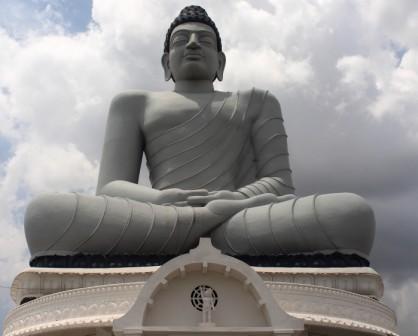 This statue is located in Amravati village of Andhra Pradesh and its height will be 38.1 meters This statue was completed in 2015 Due to its elevation, this statue is also visible from the Vijayawada-Hyderabad highway This idol is located on the Krishna river bank At the statue of this statue is a museum in which the importance of Buddhism and some of its events have been shown to be in very beautiful art. This idol is standing on eight pillars and indicates the Ashtanga path of Buddhism. This year, the plan of making a theme park ahead of this idol by the Andhra Pradesh Government will be implemented. (top 10 tallest statues of India) 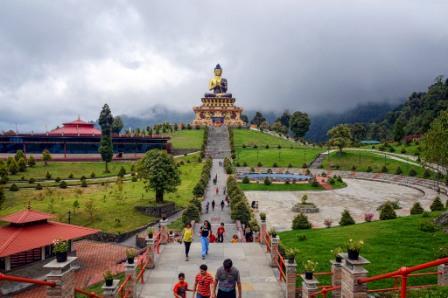 There is a Buddha park in the Raawangla district of Sikkim, where an idol of Lord Buddha’s 39-meter height will be seen which was completed in 2013 This place is also known from the Tathagat site. The term is often thought to mean either one who has thus gone or one who has thus come. Gate in the same way went. All the big celebrities from the Dalai Lama have come to see this idol. 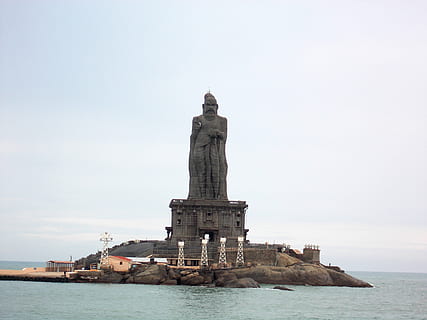 The statue of Thiruvalluvar will be found. which is 40.5 meters high in Kanyakumari of Tamil Nadu state Thiruvalluvar was a Tamil poet and philosopher The specialty of this idol is that on the bottom of the Thiruvalluvar statue you can see 133 stanzas from the Thirukkural book At the bottom, which is 11.5 meters, you will see 38 verses which describe the behaviors and characters And the remaining two sections of the idol have been described. In 3 fingerprints seem to mean the three things called Aram, Porum and Inambam, that talks about the meaning of of morality, wealth and love. (top 10 tallest statues of India)

Located in Vijayawada, Andhra Pradesh, the height of this statue was 41 meters and it was built in 2003. It is called the highest Hanuman idols in the world. Friends, it is believed that Lord Shiva Ji was incarnated as Hanuman for teaching the society to serve the teachings of religion. his story is known to all of us by how Hanuman ji had sent Bhima to his power. 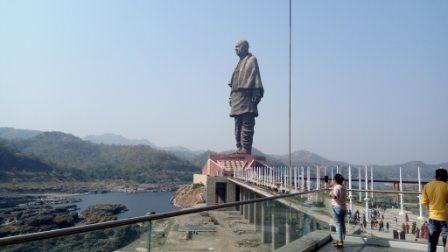 It is a matter of great pride for Indians that the memorial of Sardar Vallabh Bhai Patelji, made in Gujarat this year, will be called the highest monument of the whole world or not only in India. It was unveiled by Prime Minister on October 31 Its height is 182 meters, which is two times more than that of the Statue of Liberty, The work of this monument started in 2013 and this monument was worth two thousand nine hundred and ninety million rupees The memorial of Sardar Vallabh Bhai Patel Ji, who has resolved to maintain India in solidarity will be known as the Statue of Unity. (top 10 tallest statues of India)

Friends, these sculptures are created not only for tourism purpose, but they also teach us to get spiritual, yoga, peace, and salvation. There has been a widespread conflict in society when these monuments are built, someone says that spending so much on idols can be done on poor people. But if we look at it carefully, then it will come to understand that thousands of workers are required to make these idols and they get employment. Not only the workers, but Murthy’s terrain also becomes a tourist destination, and people get more employment from this area. Also, the effect of tourism is on the country’s GDP and our tourism will grow from such monuments and statues.