Our country India is known all over the world for its rich history, art, and cultural heritage. India has a diverse array of arts ranging from music, dance, and theatre to folk traditions performing Arts rites and rituals. Paintings, sculptures, and architectural marvels. TRADITIONAL THINGS ABOUT INDIAN ART & CULTURE

Classical dances show a strong influence of the state, they belong to Indian classical dance forms include Bharatnatyam from Tamilnadu, Kathak from Uttar Pradesh, Kathakali and Mohiniattam from Kerala, Kuchipudi from Andhra Pradesh, Yakshagana from Karnataka, Manipuri from Manipur, Odissi from Odisha, and Sattriya from Assam.

Folk dances are popular dances formed over a period of time as a result of social evolution. These reflect the social traditions and customs of a particular area. Very often folk dances are performed in groups, especially during religious, social, and cultural festivals. Bhangra from Punjab,  Garba from Gujarat, Lavani from Maharashtra, Ghumar from Rajasthan, and Bihu from Assam, are a popular Indian folk dances. Folk dance groups are often invited to perform during cultural programs in foreign countries.

Light dance music – is an integral part of Indian art and culture. The two major styles of Indian classical music is the Hindustani style of music and the Carnatic style of music. Most often dance is supported by music to make the experience unforgettable. Indian classical music uses string instruments such as the Sitar, the Sarangi, the Tanpura, and the Veena. Indian musical instruments also include Wind instruments like the Flute and the Shehnai. As well as Percussion instruments like the Tabla and the Mrudangam or Pakhawaj are used. TRADITIONAL THINGS ABOUT INDIAN ART & CULTURE

Very often paintings provide a lot of information of the days and times gone by ancient Indian paintings included wall or rock paintings and miniature paintings. Cave paintings of India are the earliest examples of wall paintings. These ancient paintings engraved on walls of temples and caves reflect age-old customs and mores that is social conduct. The finest examples of these paintings comprise the murals of Ajanta and Ellora caves. Miniature paintings started in the Himalayas in the 17th century and were later popularized by the Mughals. The subjects of miniature paintings were read from hunting and battle scenes to beautiful landscapes and the court proceedings or their bar of the King. 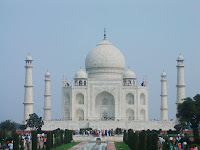 India’s historical monuments are a testimony to its brilliant architectural styles and traditions palaces. Forts and Temples give us much insight into the life of people in ancient India. While the earliest structures of Indian architecture were Buddhist Monasteries. One can also see the influence of the Mughals and the British on Indian architectural monuments. Hindu temples are also witnessed in the wonderful architectural creations. These structures are the big mythology and teachings of Vedas, Mahabharata, Ramayana, and Bhagwad-Geeta. TRADITIONAL THINGS ABOUT INDIAN ART & CULTURE

Festivals are being multicultural and multi-religious. The society we celebrate several festivals. Festivals are happy times when people prepare delicacies at home and invite friends and family over. People purchase new clothes and celebrate festivals. India is an agricultural country and thus we also celebrate the harvest season. When we thank mother nature for all that she gives us. 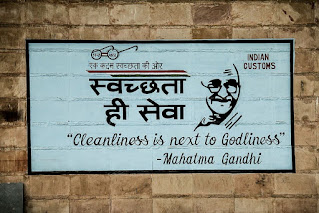 Here is a glimpse of some Indian festivals.